If you've ever spent hours trying to perfect a sales proposal, then I'm sure you'll agree with me on this:

Putting such documents together requires an equal knowledge of selling and psychology.

And the problem is that you might have a breadth of knowledge about the former, but lack insight about the way your prospects mind will process your offer.

Luckily, that's what I'm going to help you with today.

I'll show you a psychology-based sales proposal format that practically guides a prospect to saying yes.

BONUS: You know, what you put into a sales proposal is equally important to how you present it. And if you're wondering how to design your sales proposal, then grab this sales proposal design checklist. Download it now >>

A Quick Primer on How We Perceive Sales Proposals

Look, I'm sure you already know this:

The secret to getting more sales lies in understanding the consumer behavior, discovering what your buyer wants from your business, and then, presenting that information in the order that guides them to the purchase.

OK, so let's break it down.

Although we're all different people, we tend to respond or interpret certain stimuli the same way.

(And of course, this statement goes way beyond just selling.)

For example, most of us prefer not to make a decision. And for that reason, we tend to opt for the default option presented to us, even if it might turn out to be the worse choice.

We also take the behavior of others for guidance, assuming that if they respond in a certain way, it must be good.

That's exactly why busy restaurants get busier, in spite of a long waiting time for a table. However, an empty one typically attracts fewer patrons.

Similar rules apply to the way we perceive sales offers and proposals.

For example, too much information distracts us from buying. It's a phenomenon called analysis paralysis.

In short, analysis paralysis states that people are more likely to take action if you define the minimal parameters for them to do so, and by doing so, remove the need for making a complex decision as to how to act.

Similarly, buyers are more likely to purchase, once they're aware of the scarcity of the opportunity.

Many freelancers and professional services companies use this strategy by using waiting lists to communicating their limited availability.

And you could use similar traits of our behavior to write a sales proposal that will guide a person to saying yes.

Here are a couple of ways to do that.

#1. Use the Executive Summary to Get Prospect in the Right Mood for Your Offer

The common mistake with executive summaries is using them just to sum up the proposal.

And I take it, in theory, this makes sense.

You know your prospect's busy, and might not have the time to review the entire document. The executive summary, therefore, could provide them with just enough information to make the call without having to read the rest of the proposal.

The problem? You actually should aim at getting them to read it in full. Otherwise, a prospect could miss a vital piece of information that they should know before the project begins.

And executive summary could help you set the tone for the entire document, and entice a person to reading the rest.

First, show your prospect that you care about them and their business. On a psychological level, reading such copy will stimulate the release of dopamine in your prospect's brain.

How to do it: Mention all the research and preparation work you've done when putting the proposal together. State

"This isn't about tricking someone. It's about presenting the information in a way that prevents the client from becoming defensive when reading your recommendations."

#2. Break Your Offer Into Elements Prospects Can Relate To

This step is particularly important if you sell technical products or services that require complex processes to implement.

Because you see, although the entire process might be obvious to you, it might intimidate the hell out of your prospect.

Here, take a look at this for example. Any web developer would probably understand this visual after just a quick glance.

But for anyone who hasn't built web applications before, many of its sections are a mystery. 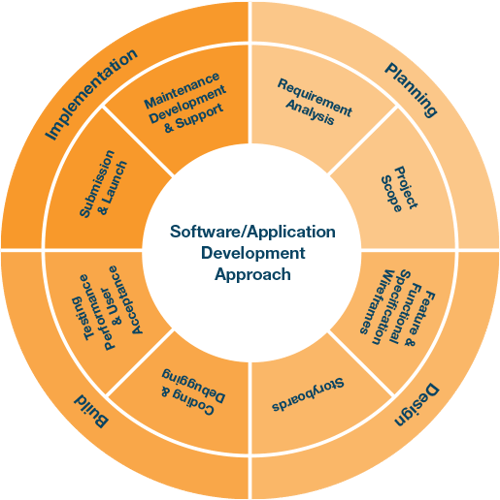 Therefore, to make it easier for your prospect to understand what's involved in what you propose, break it into sections they can relate to.

Instead of showing elements that relate to you, make them relevant to their current knowledge and insights.

In other words, speaking of complex code to a person who hasn't got a clue about it won't have much effect.

But explaining the process in terms she's familiar with will make her more comfortable about the information you've included.

#3. Always List Price and Deliverables in a Separate Section

Since you're breaking the process into separate elements, it's almost obvious to include the price with every one of them.

The trouble is, that if you add a price to those sections, you'll make the prospect to focus on its cost, rather than what it entails to the overall project.

As a result, they'll consider each element in its relation to their budget, rather than as a milestone towards achieving their goals.

So, create a dedicated pricing page, and place it AFTER you've explained everything that's involved in the service delivery.

#4. Make a Case Why Prospects Should Hire You

I agree, a sales proposal isn't a document where you should be talking about yourself much.

And certainly, not at the start.

But at some point, you'll have to reaffirm the prospects choice to review your offer, and give them arguments to justify choosing you.

When presenting your company, focus more on the reasons why you're the best option, instead of boasting about your achievements.

Actually, when thinking about this point, I immediately remembered a sales deck I saw a while ago. It perfectly explains how you should present your business in sales proposals and pitches, to intrigue your reader.

#5. State the Next Steps

Fact: you typically have work to your clients' buying process.

You need to adhere to whatever steps they typically follow.

But that doesn't mean that you can't suggest interim steps that could help push the process forward.

For example, you could suggest a review call to go over the proposal.

Or ask a prospect to answer a couple of questions regarding your offer.

So, close the proposal with a short call to action outlining the next step you'd like them to make.

And if you can make it match their purchasing process, even better.