The words you use during sales pitch affect your prospects in so many ways.

They can get them to listen to you, like you, and buy from you. But they can also repel them from even inquiring further.

But how good are you at using the right words?

Do you know what phrases to use in different elements of your pitch and why?

That's what I'm going to show you today. In this post, I'm going to list the 6 most powerful words guaranteed to increase your sales and show you how you should use them in a sales pitch.

How the Words We Hear Affect Our Decision Making Process

Even a single word can set your brain to relax or brace itself for stress.

In their fantastic book, Words Can Change Your Brain, Andrew Newberg, and Mark Robert Waldman write:

"A single word has the power to influence the expression of genes that regulate physical and emotional stress."

According to the authors, hearing positive words strengthens areas in our frontal lobes and activates the brain's cognitive functioning.

But even a single negative word activates our amygdala, the region of our brain that processes fear. And in turn, releases stress-producing hormones that disrupt our brain's functioning.

This pretty much means then that the words we use can transform the reality of the people we say them to.

And with that, even a single negative word can send your pitch on a broken roller coaster ride to the ground.

But it gets worse…

According to Dr. Frank Luntz, the author of another fantastic book on language processing, Words that Work, what people hear from you affects their decision-making as this process is largely based on feeling rather than information.

"80 percent of our life is emotion, and only 20 percent is intellect." (source)

In other words, words make people feel emotions. And as we've already discussed, the right word can evoke the right emotions.

But a poorly chosen one…. 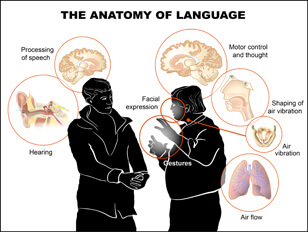 (A visual showing how we process verbal communication - source)

So what are the words that sell and how do you use them?

I'm sure you know this already:

If your pitch, email or presentation starts with words like "I/We/Us etc." then you've already lost.

You know that selling is about your prospects, their problems, challenges and issues in professional or private lives (depending on what you sell, of course).

But I bet that you don't know that "You" not only puts the pitch in the context of a prospect… it also helps build a personal connection with them.

The word "You" works as a substitute for a person's name.

And we immediately develop connection when hearing our name. For example, a research conducted by The Institute for the Study of Child Development discovered that certain areas of our brain (namely prefrontal cortex, middle and superior temporal cortex, and cuneus, responsible for formation of elements of your personality, optic flow, and visual processing) activate when we hear or see our names in print. 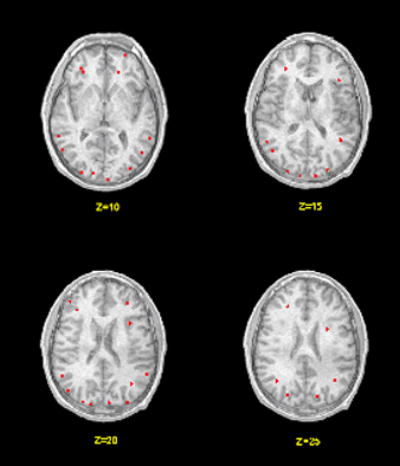 But of course, you can't be mentioning a person's name all the time. Using "You" however achieves the same effect while also putting your product in their context.

And so, it comes as no surprise that You is also the most common word used in online advertising.

The strength of the word "and" lies in its ability to keep the conversation going.

Unlike "but" which breaks the flow of the conversation and changes its dynamics, "and" maintains it and lets the information move without changing course.

In this article, Shamus Brown shows the effect of both words on a typical sales interaction:

"And" is positive while "But" has the opposite effect.

The word "but" often negates what came before it, for example:

If read with emotions (which is, as we've already discussed, how prospects are going to interpret your words), this sentence communicates that you don't care about the prospect's feelings and prefer to push your agenda instead.

But when you substitute "But" for "And" you suddenly create a more positive interaction:

I understand that you like your current supplier and I think our products could deliver you even more.

Now you subliminally communicate that you respect your prospect and acknowledge their relationship with the current supplier while only suggesting that perhaps you could deliver a better alternative.

Imagine is a powerful verb. It helps you set the scene for your pitch, picture the outcome of using your product and get a prospect to begin thinking of it in use.

In short, it helps you connect with them.

What's more, the moment you get your listener to imagine a future outcome, they immediately also start thinking of HOW this might happen.

Every time someone asks you to imagine something, your brain naturally shuts down any objections against it and critical analysis of the situation and lets you indulge in the fantasy.

And needless to say, you often make a buying decision based on it.

Granted, prospects will most likely justify that decision with logic but that will come later. The initial decision will be based on emotion and feelings you can evoke with the word Imagine.

Verifying a person's name, particularly during a phone interaction is an old trick in the book.

But did you know that the words you choose while doing so may make or break the first impression you're going to make?

For example, asking "Am I speaking to [name]" implies a one-way action. It suggests that you're not interested in any discussion else but merely presenting your message.

However, using "talking with" instead implies a willingness to start a conversation with the prospect in which both sides having the same rights and interest in it.

Providing people with a reason for something entices them to agree with you.

And that's even if the reason doesn't make sense at all!

In 1977, psychologist Ellen Langer conducted an experiment that proved that as long as we can justify a behavior, others are willing to perform it. And as said, that's even if the reason doesn't make sense.

Langer and her team proved this by trying to cut the line to the Xerox machine. Every time they'd see someone waiting at the library copying machine, one of the researchers would walk up to them asking for permission to cut the line.

And when doing so, they used one of the three lines:

Note that the first option offers no reason at all. The second includes a clear explanation of why a person needs to cut in the line. The third however offers a quite poor reasoning. In fact, one could argue that the third version makes no sense at all.

While only 60% obliged to the first request, 94% and 93% allowed the person to cut the line after hearing the second and the third option respectively.

Therefore, use "because" to point out compelling reasons why a prospect should take a specific action to increase your chances for them taking it.

There's no point in denying:

Whenever you're eager to buy something, you want it now.

A 2012 report by comScore found that 48% of online shoppers are not willing to wait more than 5 days for delivery of their purchases. And only 23% said they'd be willing to wait 8 days or more. (source)

What's more, the same report found that to 60% of buyers, estimated or guaranteed delivery time is an important factor to making a buying decision.

And so, using words like "Instantly" that promise an instant gratification can be the push that's needed to make the sale.

Crazy, isn't it? Even a single word can turn your entire sales pitch around; convince a prospect to do business with you or repel them from even thinking about it.

And so, pay attention to the words you're using. And include the 6 I mentioned in the post. For now you know how powerful they are in making or breaking your sale.